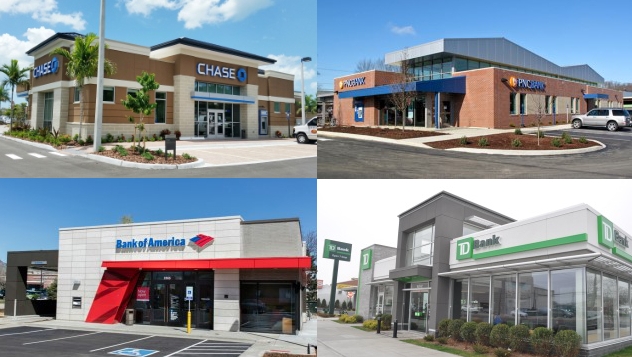 Ground lease cap rates compressed by 12 basis points to 4.63% in the first quarter of 2017 when compared to one year ago. Furthermore, the supply of bank ground leases on the market decreased by 17% year over year. Over the same time period, cap rates for the net lease retail sector increased by 1 basis point. This resulted in the cap rate premium associated with bank ground leases to expand by 13 basis points to 156. The increase in premium is primarily due to a shrinking supply of new bank branches. For the purpose of this report, the bank ground lease sector is comprised of both national and regional banks, regardless of credit.

While investor concern lingers regarding the future need for the current concentration of bricks and mortar bank locations, investors are still drawn to the net lease bank sector. Investor demand is related to the credit of the tenants, the rental escalations typically associated with ground leases and no landlord responsibilities. In the first quarter of 2017, over 90% of the bank ground leases in the market had investment grade ratings.

Investor demand for bank ground leases will continue as private and 1031 investors are drawn to the net lease bank sector due to the typical lease structures and credit of the tenants. In the current cap rate environment, some investors will alter their investment criteria to include shorter term ground leases with above average branch deposits and strong real estate fundamentals.