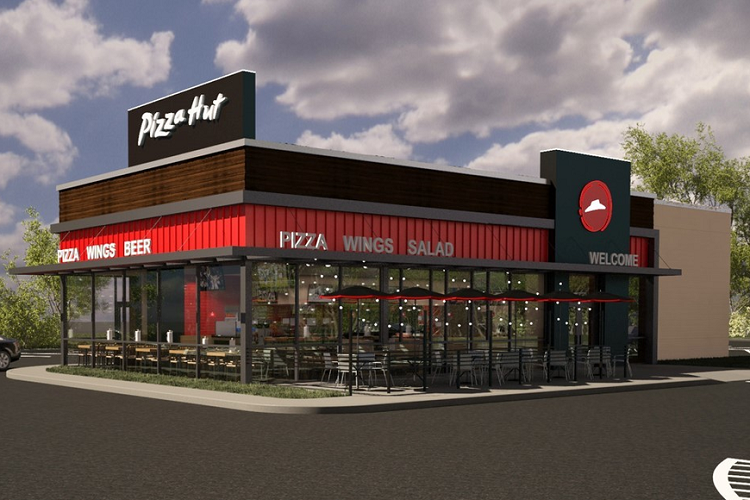 Pizza Hut is an American restaurant chain and international franchise founded in 1958 by Dan and Frank Carney. The company is known for its Italian-American cuisine menu including pizza and pasta, as well as side dishes and desserts. In 2003, WingStreet was introduced as a hybrid combo tenant with existing Pizza Hut franchises.  The two brands are almost always located together. WingStreet restaurants sell breaded and traditional Buffalo wings for take-out and delivery.

Pizza Hut is headquartered in Plano, Texas and has over 16,000 locations worldwide. It is the world’s largest pizza restaurant chain and fourth largest fast-food chain (as measured by units).  Pizza Hut is a subsidiary of Yum! Brands which also owns KFC and Taco Bell. Yum! Brands has over 45,000 restaurants in more than 135 countries and territories, making it one of the world’s largest restaurant companies. Yum! Brands, Inc is a publically traded company on the New York Stock Exchanges using the symbol “YUM”.

In July 2017, Yum! Brands announced plans to invest $130 million in Pizza Hut to upgrade equipment, improve restaurant technology and boost advertising spending through 2018.  Pizza Hut will be hiring 14,000 new delivery drivers by the end of 2017.