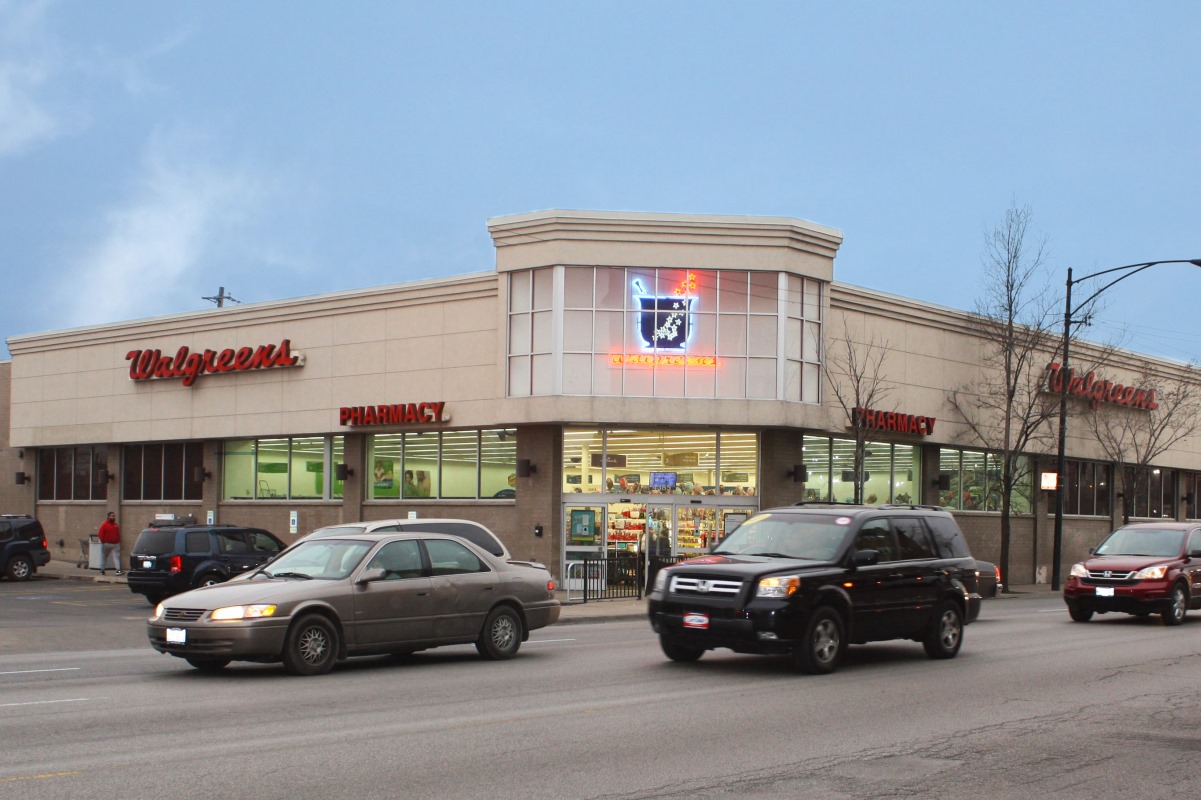 The Boulder Group is pleased to exclusively market a single tenant net lease Walgreens located in the city of Chicago. The property is located at a heavily trafficked signalized intersection in a dense in-fill area. This is a strong performing store with high reported store sales that are approximately $4 million. Walgreens is committed to this location as evidenced by their recent execution of an early 10 year lease extension. There are over 14 years remaining on the Walgreens lease which expires December 31, 2030. The property features both a brand new roof and parking lot which was installed in 2015 with the landlord investing over $165,000. There are eight 5-year renewal option periods remaining.

The surrounding area is densely concentrated with commercial buildings and residential homes providing for significant barriers to entry. There are approximately 45,000 people living within a one mile radius of the property. Retailers located in the immediate trade area include Home Depot, TJ Maxx, Aldi, Kmart, Dunkin’ Donuts, Family Dollar, Chuck E. Cheese’s and DollarTree. The Walgreens is located near the BNSF Chicago (Corwith) Intermodal Facility which employees over 1,300 people and sprawls 140 acres. BNSF is one of the largest freight railroad networks in North America, second to the Union Pacific Railroad.

Walgreens is the largest drug retailing chain in the United States and has over 8,100 locations in the U.S.A. Walgreens is publicly traded on the New York Stock Exchange (WBA) with a market capitalization in excess of $85 billion. Both Walgreen Co. and Walgreens Boots Alliance, Inc. are investment grade rated each with a Standard & Poor’s rating of BBB.